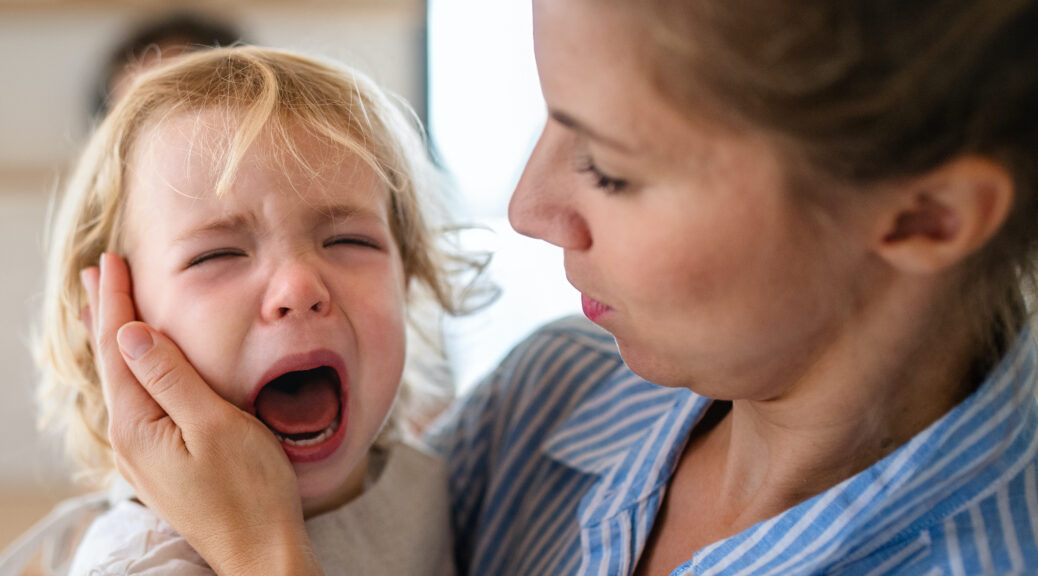 As annoying as they are, the fact that your baby has tantrums means that they’re doing exactly what they should be doing.

It’s their way of asserting independence, experimenting with limits, and expressing their emotions. They do it with what they’ve got – their voice and their body.

Sometimes your baby may have a tantrum simply to let out all the big emotions that are flooding their body. Not necessarily to change an outcome, but to express feelings. Haven’t you sometimes wanted to yell at the top of your lungs in anger? We don’t do it because we’re grown ups. Your baby can and should.

The question is – how are you to respond?

Parents in our classes often ask – SHOULD I IGNORE THE TANTRUM?

You don’t want to reinforce tantruming as a way for your baby to get what they want.

Meaning, when your baby has a tantrum, let’s say about a thing you just took away for whatever reason, you will be reinforcing the yelling and flailing if you respond by giving it back.

Your baby will quickly compute – she took it away, I yelled, she gave it back. Therefore when I yell, I get what I want.

On the other hand, you don’t want to turn your back on your baby’s expression of emotions. You want your baby to know that ALL emotions are allowed, even the difficult ones.

So how do you NOT IGNORE but also NOT REINFORCE?

You ALLOW. You make space. But you DON’T change your limits as a result of their behavior.

Here’s how that would look:

You empathize  with their emotions. “I know this is frustrating. I see that you’re very angry. I know you want to get out of the carseat.”

And then you make space for them to express their big emotions about it (unless they are putting themselves or others in danger in the process in which case you intervene.)

Here’s the important part – how are YOU feeling during the tantrum?

Often your own stress level can spike as your baby has a tantrum and that is part of the reason you may want to respond quickly and JUST MAKE IT STOP.

Instead, tell yourself that it is completely normal, try deep breathing, picking up the corners of your mouth a bit, and truly making space for your baby to express their emotions.

As they are tantruming you can try to coregulate – say soothing words, give a hug, sing a song.

But sometimes your baby may just need to let it out in that way.

And your job is not to IGNORE, but to ALLOW.

Want a more detailed set of directions for what to do when your baby tantrums? Check out this post.

So what do you think? Does this sound like a good strategy for your baby’s dreaded tantrums? Comment below and let me know.

Do you have a friend who needs to hear this right now? Send them this post and the link below so they can sign up for more.

Do you want a soothing method that WORKS?