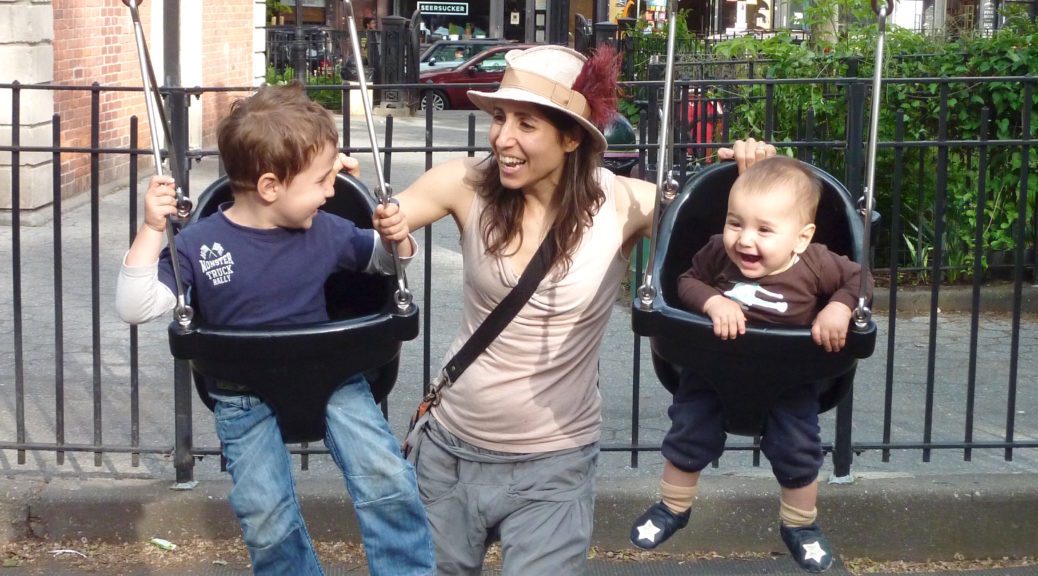 I’m going to say it right out: We didn’t give the second kid as much attention as we gave the first. But read on. I don’t think it’s such a bad thing.

For those of you who already have a second child, you might know this firsthand.

For those of you who are thinking about another baby (and are worried about exactly this), you are right to be concerned.

In our generation, we have babies pretty late in life. What that means is that we’ve had quite a bit of time in our lives to cultivate the alpha parts of our personality. We got used to being in control and having things done the way we want them. And then a baby comes along and we take it on like a project. We pour our energy into it in ways that our parents never did. And it’s not until the second comes along that we realize one big truth…

Our babies actually don’t need us to do much.

They need us to keep them healthy; create a loving environment for them to explore; and teach them how to be safe.

Figuring this out comes with a mild case of guilt.

We feel guilty that we haven’t given them as much as we did to our first. As we watch our second child thrive and surprise us with every song they sing, every scooter ride they conquer and every glass of water that they get all alone by pulling the chair to the sink; we torture ourselves that we didn’t give them enough attention.

But did our baby need us – or did we need to be needed?

What our guilt is masking is our surprise (again and again) at how little we are needed. It doesn’t feel good not to be needed and so we need to mourn that. Again and again.

Here’s how that guilt/surprise/mourning unfolded for me:

With my eldest, I convinced myself that I was extremely needed.

Tell me if this sounds familiar. With my first kid , I more or less followed the rules and so did my kid. As a baby, he had a schedule. As a toddler, he only ate healthy stuff and his pajama tops and bottoms always matched. I played with him on the rug for hours. I held on to certain structures and routines like they were a life vest thrown out to a drowning mama at sea. It was my way to make sense of the whole thing.

With my second, I couldn’t imagine how I would make it work.

I didn’t have the endless hours or the boundless patience. It wasn’t the same Mommy+Me life anymore. I couldn’t sit and watch him learn to roll – and then learn to get up on his knees and then learn to crawl and then walk. There was a toddler chanting “Mama” behind me.

Same thing when I would’ve wanted to sing to him – and play with him, teach him how to put wooden donuts on the stick. Seriously. I have a 5-minute video of my first struggling to get the red donut on the yellow thingy. Not only did I sit there filming it with more patience than Buddha, my friends and family watched it, too! (Lookout Netflix – it’s riveting.)

Let’s just say: I was used to putting all my energy into my first and in many ways I continued to do that. And the next thing I knew it, my second son started to roll, crawl, walk – and do so many things on his own.

Your first teaches you a lot of things. A LOT. But your second teaches you different things:

He didn’t need me to show him how.

He didn’t fuss until I cheered him on.

He didn’t even wait until I was near him for each attempt at something new.

For all I knew, he sat alone and did those donuts until he had every one on. I don’t have a video to prove it but it definitely happened at some point. And I learned, with some guilt and some self work, that being needed gives me purpose but being their foundation gives them wings. And there’s nothing to feel guilty about when it comes to that. 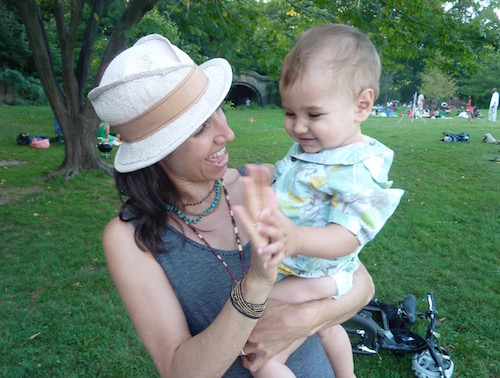 Easy to say, right? How has second-child guilt manifested for you? Comment here whether it’s overcompensating on the weekends or taking it out on your workouts.

Know a friend thinking about a second? Or one dealing with attention-balancing act of having two? Forward them this blog because so they know every there’s something good to come of it.

And if you’re wondering whether I wrote a song about all this, in fact I did. It’s called Little Bird and is on my album about siblings – “Songs for Sisters and Brothers.”