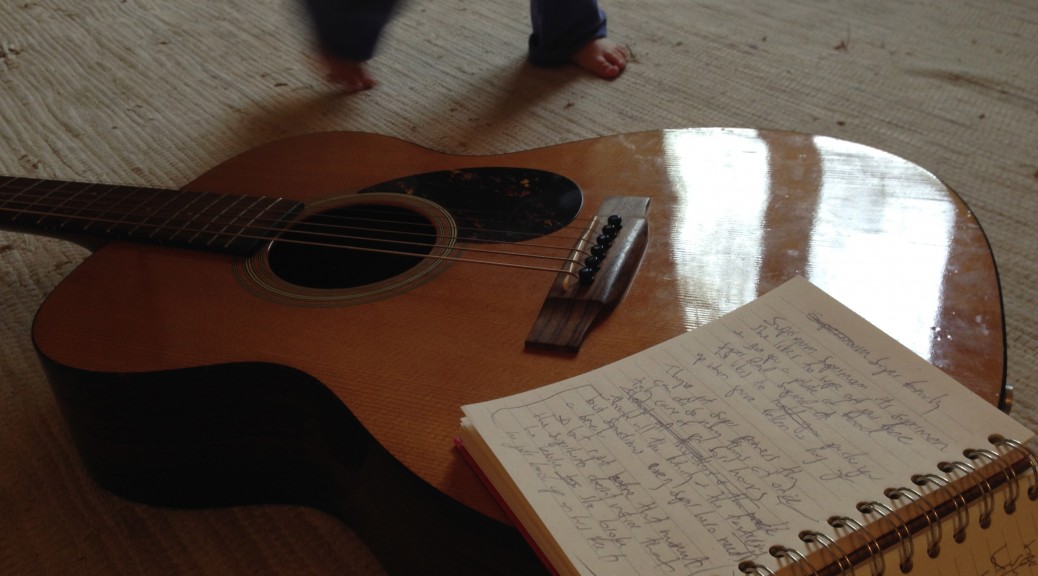 For the last few months I have been thinking a lot about creativity. Mostly because I’ve had a hard time connecting to my own. Not to say that it has ever been that easy for me. It’s always been a struggle on some level. But this last year has felt especially dry.
I know I am not alone in this. Most people who have ever had a creative endeavor, which is to say everyone, have had periods of resistance. Creativity needs space and time and that is something that I, along with all of my fellow parents of little ones, do not have. Diving into that necessary place of experiment and playfulness seems almost impossible when I need to be goal driven so much of the time to get through that ever lasting list; pick up a kid, make a meal, clean the house, run a bath.
In addition, artistic creativity entails going inward to a non-social place where I am alone with my feelings. That doesn’t happen often in this house. But more than that, for me making art involves facing a pretty dark place, an existential one, in which I connect to the extreme sadness but also joy of being human.
Kim Brooks’ article “A Portrait of an Artist as a Young Mom,” in New York Magazine, lays out the struggles of being an artist and parent so eloquently and tragically. She writes: “the point of art is to unsettle, to question, to disturb what is comfortable and safe. And that shouldn’t be anyone’s goal as a parent.” Yes. “People make art,” she says, “for exactly the opposite reason they make families.”

Keeping up with this blog is a perfect illustration of where my creativity has been in the last year. I have an idea for a blog almost daily. I start writing them in my head and get excited about sharing them with you all (all 4 of you?). But I don’t follow through. I get home and am tired, or need to make dinner, or answer emails, or most often – have already poo poo’ed the idea in my head.
Because the universal enemy to artistic creation, whether an artist or not, is self doubt. Will anyone care? How will this make me look to others? Is it too self indulgent? Is it worth my time or anyone else’s time? On that topic I recommend Brene’ Brown’s TED talk on vulnerability in which she talks about vulnerability being the birthplace of creativity. It is a touching and inspiring account of her own avoidance of vulnerability and the growth that followed her facing it.

So – I found myself with a hundred beginnings of songs that were never followed through, and twenty blog post beginnings that I never finished. Coming up with the ideas is not my problem. It is working through that vulnerability, allowing myself to retreat into a lonely place, giving myself time away from my list, and most of all making myself sweat through it.

I did some work – I meditated a bit (I recommend the app Headspace for anyone interested in meditating but feeling resistance). I attended a meeting with strangers to talk about what it means to be creative. I attended other social gatherings relating to art that I dragged myself to but ended up feeling very inspired by. And then I did the best thing of all – I asked a few of my colleague friends if they wanted to join me in a creative lab in which we MUST write and present a song a week.

When it comes down to it, it isn’t about producing the perfect song or blog post, it is about producing. My friends hold me accountable and I finish a song even if I think it is crap (which have been most of them so far.) But I feel good. I am reminded of why I do art and put myself out there this way – it feels like I unload a little weight every time a song is realized to its completion. Not only that, it gives me the strength to finally go ahead and write a blog post in its entirety.